Windows 11 vs. Chrome OS: Which Is Best For Android Apps? 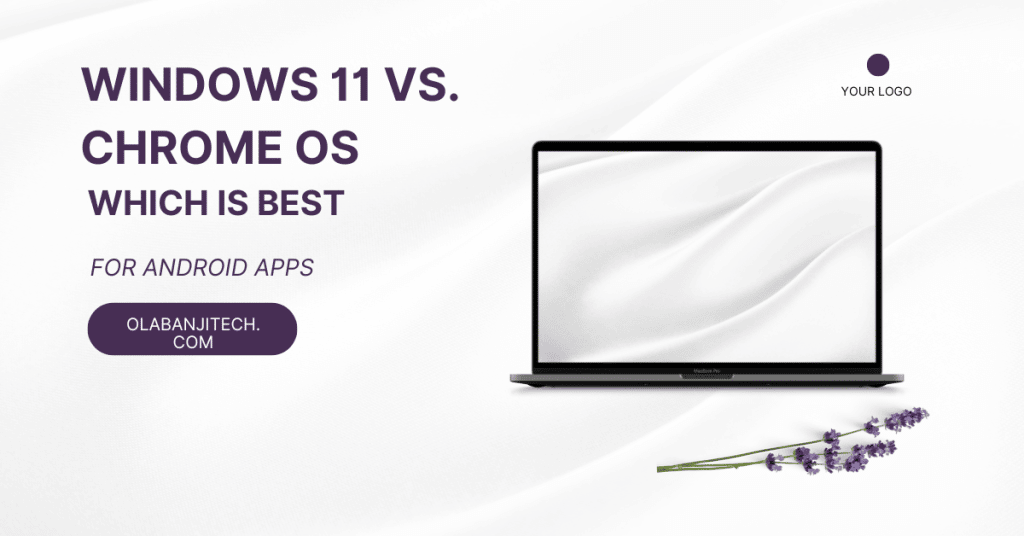 After reading this guide, you should be able to finally decide which is best for you based on their specification and features, however, we will also recommend the best at the end of the article.

So if this is what you have been looking to know, kindly read this article till the end.

Windows 11 vs. Chrome OS: Which Is Best For Android Apps?

Lots of technical work is being done behind the scenes to make Android apps compatible with Chrome OS and Windows. After all, these programs were never developed for other operating systems. How then can Windows 11 and Chrome OS achieve this?

Windows 11 does this by utilizing Intel Bridge Technology (IBT). IBT is referred to in technical jargon as a "runtime post-compiler." In essence, a compiler gives instructions to your computer on how to use the application's code. A post-compiler translates these codes.

IBT is now recompiling Android apps to provide them with everything they require to function on Windows 11. The experience is much more native even though it is ultimately still mimicking.

Things are a bit easier for Chrome OS users. Both Chrome OS and Android are built on the Linux kernel. The Android Runtime and Chrome OS are closely related. This is how the program's code gets transformed into instructions that Chrome OS can follow.

Chrome OS essentially emulates a whole Android environment in a container. Android apps are segregated from the rest of the OS, much like Windows 11 is. It isn't really emulation, though. There are just two operating systems offered by Chromebooks.

The Amazon Appstore versus the Google Play Store

The Amazon Appstore is a close second to the Play Store as the greatest Android app repository. Similar to that found on Amazon Fire tablets, the app store is also available. However, it is still far behind the Play Store.

If choosing a computer is just based on where it can get Android apps from, Chrome OS is clearly the victor. However, using Android apps should not be the primary use of Chrome OS or Windows 11. You wouldn't want to fully rely on them.

Read also: How to Connect Mac to Windows 10 VPN

Windows 11 does have one benefit, despite the drawbacks of the Amazon Appstore: it's quite easy to sideload any Android application. Perhaps even a little bit simpler than Chrome OS.

You must switch to the Developer Channel on Chromebooks in order to sideload Android APKs. The storage on your Chromebook is completely deleted, and its settings are restored to their default state. Although it's not a significant deal, the fact that Chrome OS syncs most things is a little annoying.

Although the setup process for Windows 11 sideloading takes a while, it only needs to be done once. A few lines of text at the command line are all that are needed to sideload APKs after the initial setup.

It is essential to know that Android applications can run on both systems. Any Android app or game may be run on Chrome OS and Windows 11 in one form or another. Nevertheless, not all applications will run correctly.

Both operating systems are equally capable of handling Android apps. Usability is all that matters. Without a doubt, the Google Play Store is superior to the Amazon Appstore, but Windows 11 also has a ton of additional desktop software available.

Now, computers can run Android. You get to determine if that matters or not.

After reading this article, you can now decided between Windows 11 vs. Chrome OS: Which Is Best For Android Apps?.

However, if you have any question, you can do well to ask in the comment section below.