What Are AAE Files from an iPhone? 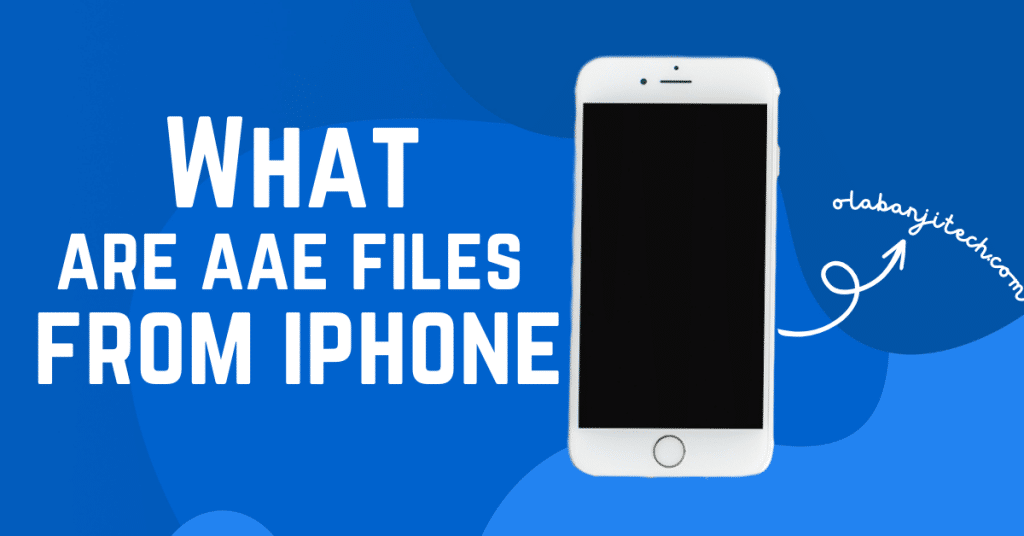 If you've ever opened an AAE file attachment from an email only to find that your computer is unable to open it, you're not alone. AAE files can be difficult to work with, but this post will describe what they are and how to access them.

Windows is unable to handle this file extension, which is an XML-based photo format from an iOS device. There are a few techniques you can use to read these files on your PC, though. Let's first look more closely at what AAE files are.

Where Do AAE Files Come From and What Are AAE Files

Any Apple device that alters an image creates files with the AAE file extension. Apple Aperture Edits are referred to as AAE. An Extensive Markup Language (XML) file contains information on the adjustments made to an image. We're talking about metadata.

Every change that was made to a photo while it was being edited is detailed. This file type is supported by the vast majority of more recent Apple products, including iPhones and MacBooks.

Using AAE XML files, users can reverse any photo edits they did. Older iPhone devices would copy the image and edit the copy. There was no going back, but the original file would be kept.

You couldn't go back if you changed your mind once the copy had been modified. Due to the fact that AAE files are modifications saved in XML format, the device can undo any photo alterations.

AAE files are stored in the same folder as the final image. On more current Apple iPhones, the original image is in HEIC format. The JPG or HEIC file will have a different file extension but will have a name similar to the AAE file. The image's alterations cannot be read, and the file cannot be viewed by a Windows device.

Read also: How to Hide Private Photos on iPhone

How to Open AAE Files in Windows

The AAE file contains lines of XML code. The code just provides information about altered images. On an Apple device, this code can be translated into image modifications. On Windows, Linux, Chrome, Android, or macOS, source-code editors like Notepad++ or VS Code can easily open AAE files. To view the code, use any text editor, such as Microsoft Notepad.

With this, the edited image won't be visible. It's not really necessary to open the XML file unless you want to experiment with the coding.

Because the Apple Photos app on iPhone or MacBook uses this AAE file in the background, you don't even need to worry about opening it. As long as the AAE file is in the same folder as the output photo, the Apple device can edit an image.

Converting an AAE file to a JPEG or JPG file won't work because the AAE file isn't the actual image. Only edit-related information is included, such as contrast, saturation, brightness, or exposure. The only file you can open and view as an image is an actual photo you took on your iOS device.

To view the original photo that is linked to its AAE file, you must transfer your files via USB. By connecting your iPhone or iPad to your PC, you can copy all the photographs you want from there. They'll be converted right away from the JPG-compatible with Windows format to the HEIC format.

How to Open the Image on Windows Using Google Drive

If you dislike moving files from disk to drive, you can use cloud storage. If you store the photos in Google Drive or Dropbox, you can access them from any device.

You can download the images after they are uploaded to Facebook or Instagram. But bear in mind that photo size and quality are reduced by compression on these social networks. To get your photos ready for web display, do this.

Can I safely delete AAE files?

The AAE file is immediately scanned and the modifications are performed to an image when you open it on an iOS device.

However, for the AAE file to work, the original image's file name must match the AAE file's. Your iPhone or Mac will name this file automatically to match the image you were altering. If you rename the AAE file, the adjustments won't be applied to the image you're trying to open.

You should be aware that if you delete the AAE file from your iOS device, any additions or adjustments made to the associated image will be lost.

You must decide whether it is worthwhile to keep the AAE files and the significance of the adjustments. You most definitely don't want to lose the AAE file if you spent hours perfecting an image.

If you don't edit any of the pictures you take with your iOS smartphone, there won't be any AAE files. AAE files on your iOS device, however, are not a cause for concern. These files don't take up a lot of space, so you don't need to delete them.

Numerous users who have never dealt with AAE files think they are linked to a virus. However, they are included in the majority of Apple products, and you should be aware that they are safe. Therefore, you need to be aware that spyware from compromised machines might also destroy AAE data. Run an antivirus to make sure your device is constantly protected.