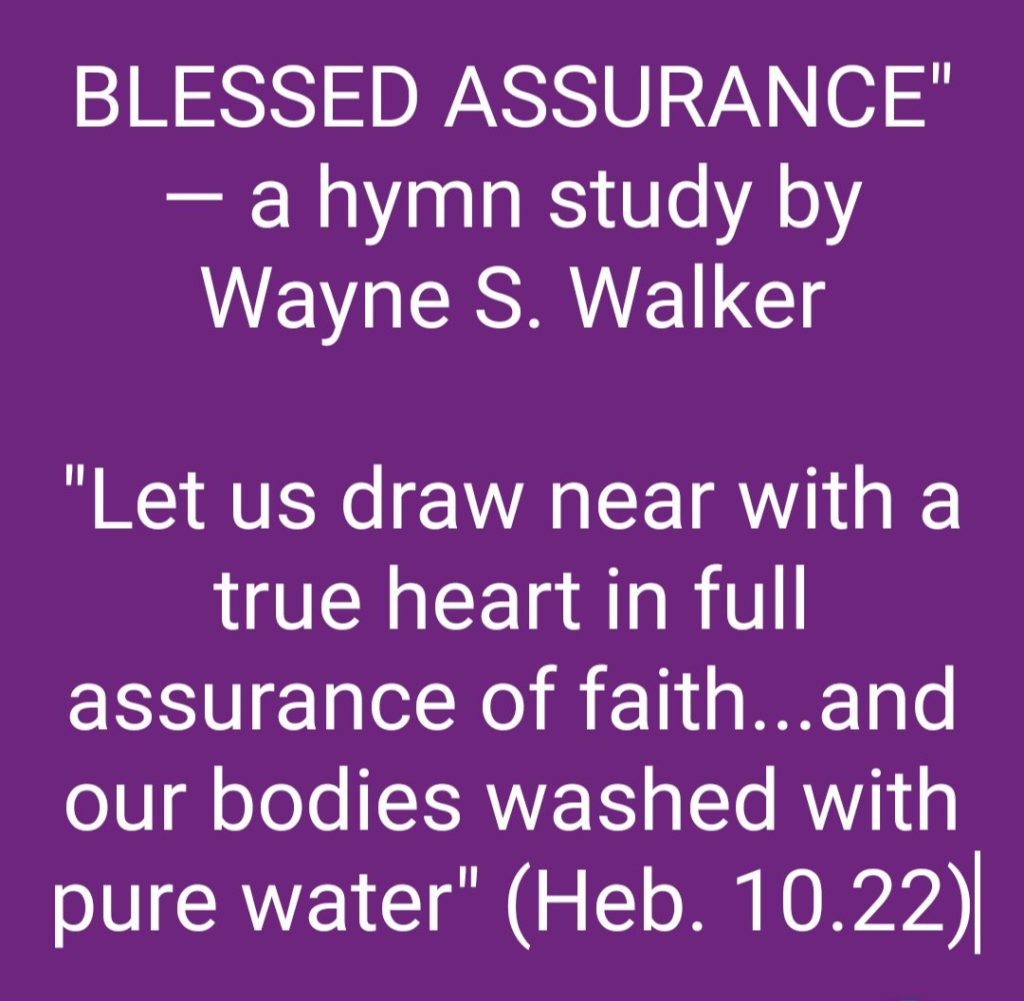 "Let us draw near with a true heart in full assurance of faith...and our bodies washed with pure water" (Heb. 10.22)

I. Stanza 1 says that our assurance is based on the fact that "Jesus is mine"

"Blessed assurance, Jesus is mine! Oh, what a foretaste of glory divine!
Heir of salvation, purchase of God; Born of His Spirit, washed in His blood."
A. The assurance that we can have from God is the result of the fact that He raised His Son, Jesus Christ by whom He'll judge the world in righteousness, from the dead, Acts 17.30-31.
B. Because of what God has done for us in Christ, we can become heirs of salvation, Rom. 8.15-17.
C. But to have this wonderful blessing, we must be born of His Spirit, Jn. 3.3-5.

II. Stanza 2 says that our assurance is like that given to Jacob.

"Perfect submission, perfect delight, Visions of rapture now burst on my sight;
Angels descending bring from Above Echoes of mercy, whispers of love."
A. The "visions of rapture" aren't necessarily a direct, maybe even miraculous, experience at conversion, but rather can be thought of as a new way of seeing things as a result of the fact that we've now submitted ourselves to God: 2 Cor. 5.16-20
B. The thought is that just as God promised assurance to Jacob at Bethel by the dream of the ladder upon which angels ascended and descended, so He promises His assurance to us: Gen. 28.12-15
C. Of course, we understand that this assurance is revealed to us through His word and is based upon the revelation of His mercy and love: Eph. 2.4-5

III. Stanza 3 says that our assurance is the foundation for our hope of heaven.

Now thank we all our God Lyrics